I’ve lived in Oakland for about two and a half years now. In that time, there have been some truly gorgeous days, weather-wise, but I have never seen more people strolling around Lake Merritt than I did today—even though highs were in the mid-60s and there were some gale-force gusts that nearly blew away one food vendor’s hot dog operation.

Today was Love Our Lake Day, a celebration of the completion of a $122 million redevelopment project that included undamming the channel between the southern tip of Lake Merritt and the Oakland Estuary to allow salt water to once again flow in and freshen things up a bit for the local wildlife, the renovation of structures around the lake, and the creation of a new park with an amphitheater and friendlier pedestrian walkways. The festival also seemed to have been called Oaklavia by some people, particularly those who were excited about the fact that city blocked three miles worth of streets circling the lake to make way for bicycles. Why limit your festival to a single name? That’s just the way Oakland rolls.

In the hour or so I spent down at the lake, I witnessed salsa dancing, capoeira demonstrations, political speach-making and lots of informational booths. What there wasn’t enough of was music. (Well, that and food. I counted just six food trucks near the main festivities, most of which had huge lines.) I heard rumors that the Oakland East Bay Symphony would be playing, but the only musician I actually witnessed was Cello Joe. A member of the Rock the Bike collective, Joe was playing an electric cello, singing and beat-boxing into a mic, and operating a looping pedal with his foot—all of which was plugged into a PA being powered by a partner on a stationary bicycle, who also occasionally augmented the rhythm with a the ring of a bike bell. Which was cool and all. But I kept thinking that there ought to be little stages all around the perimeter of the lake featuring local musicians. Somebody get on that and organize a festival like that. Not me. I’m an ideas man.

Here are some photos from the day’s festivities: 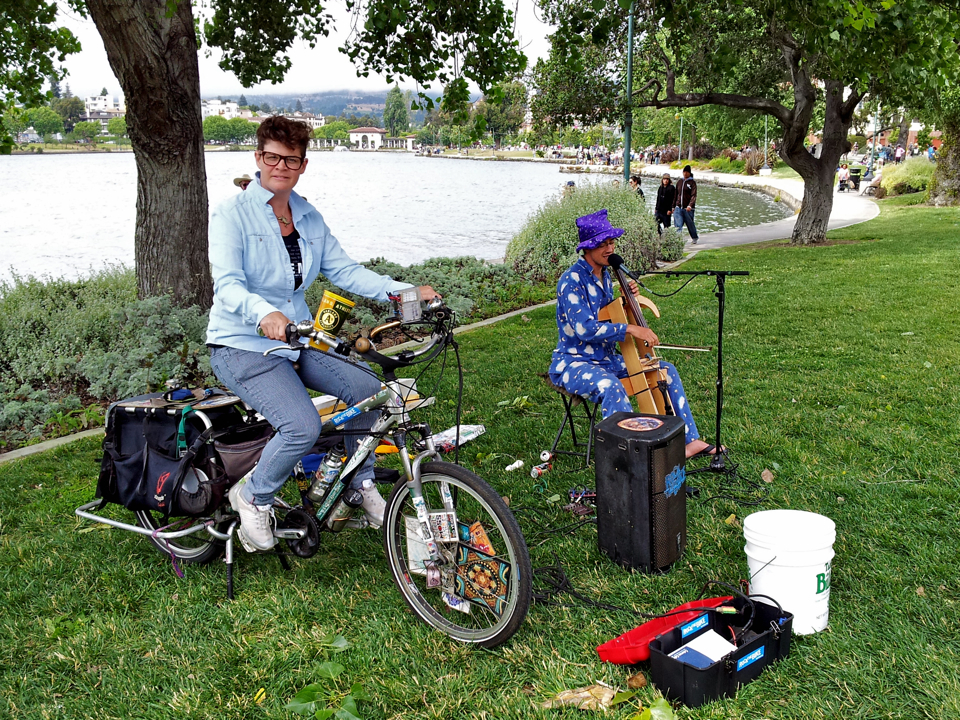 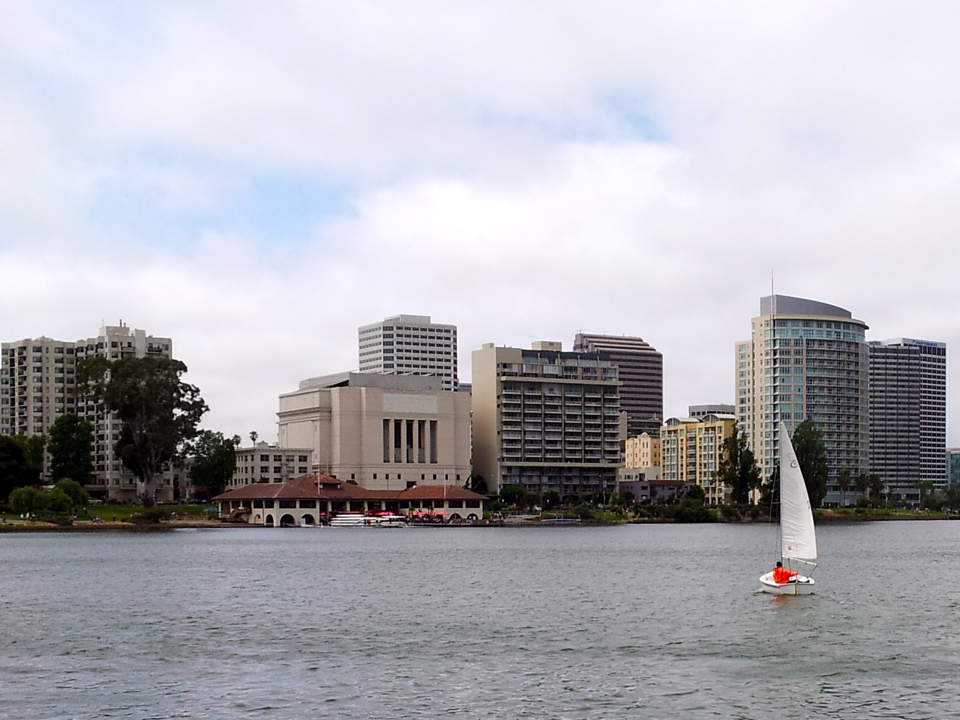 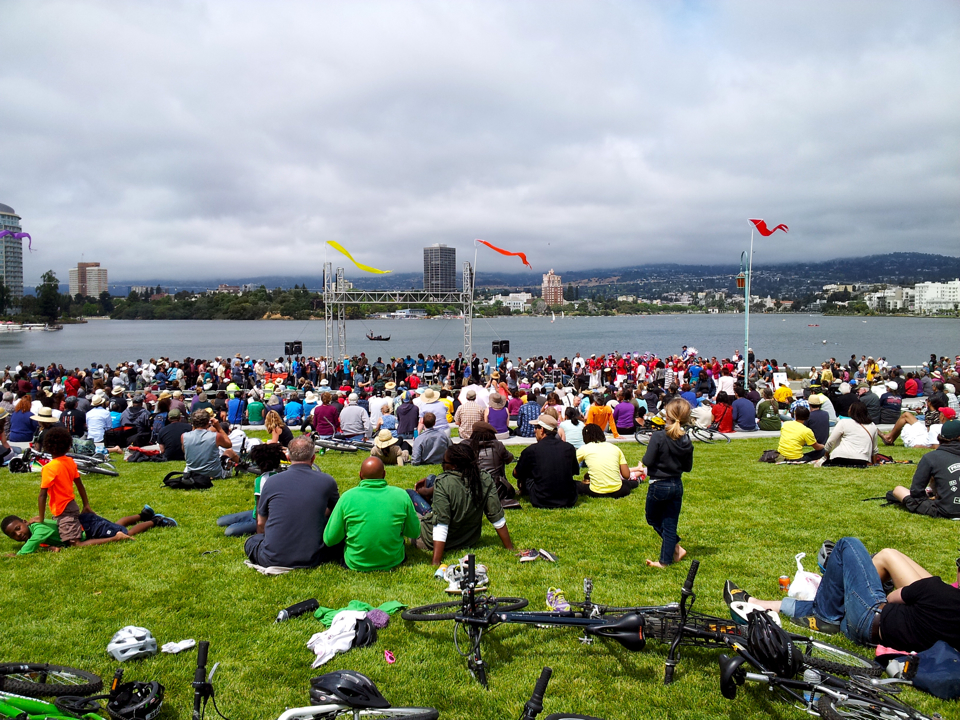 Crowd at the new amphitheater 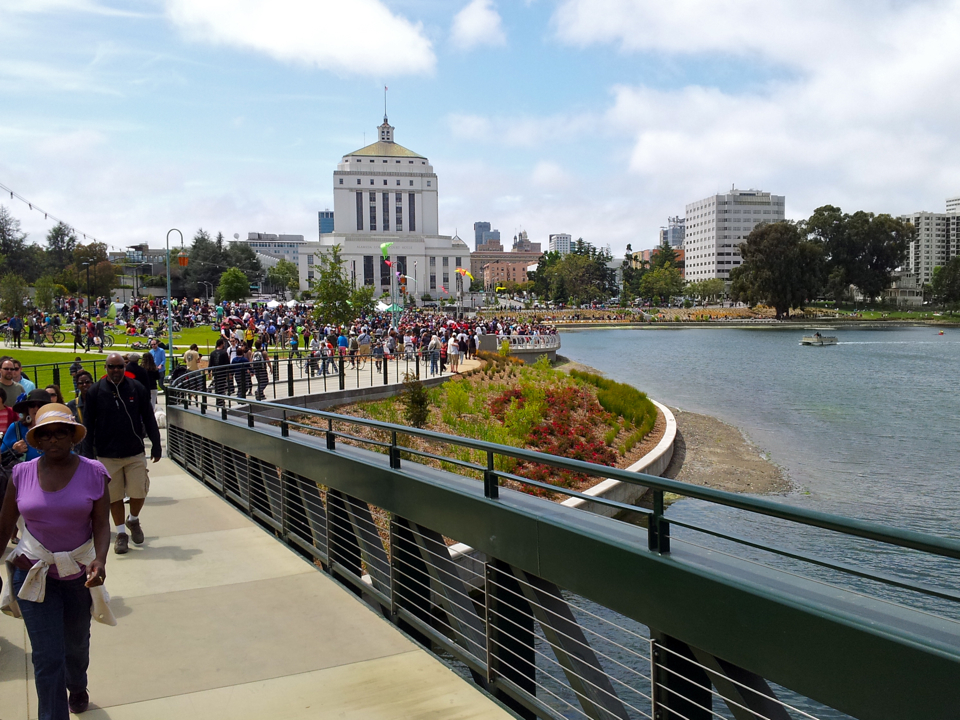 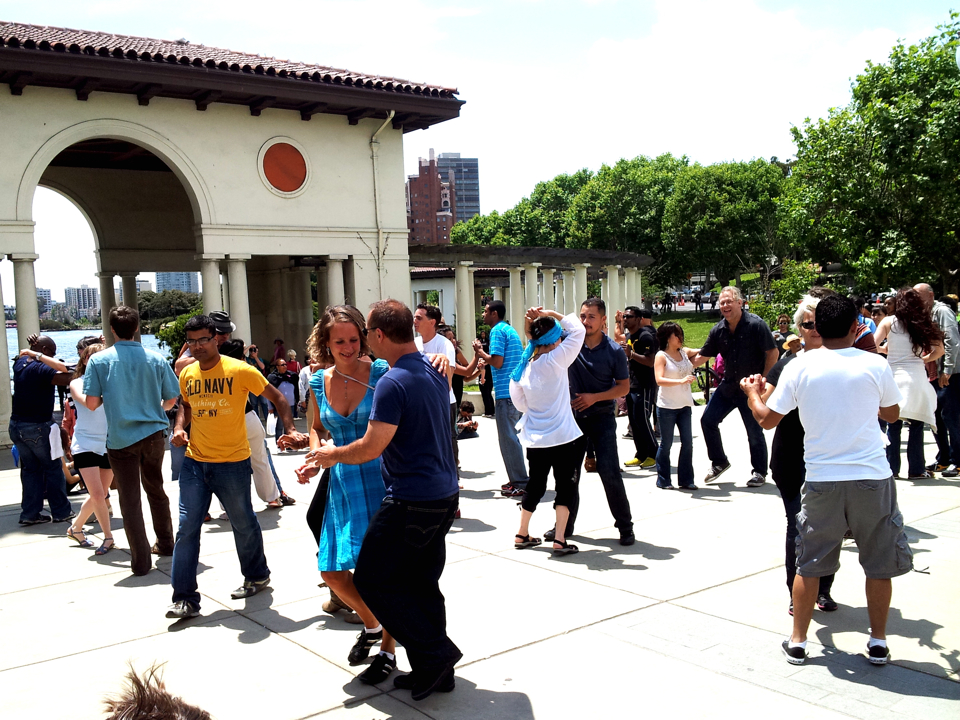 Salsa dancing at the pergola

Or in gallery form, if you prefer: