I don’t want to oversimplify things, but any band with a headbanging bouzouki player is going to get a hearty thumbs up from me. (Bouzoukis, as you are no doubt aware, are traditional Greek instruments, but the name has come to have been adopted by a whole range of stringed instruments, including eight-stringed Celtic affairs that are basically giant mandolins. I own one of the latter and it is fast becoming my primary instrument.)

I shouldn’t have been surprised to spot a Celtic bouzouki at an affair like the Northern California Pirate Festival last weekend in Vallejo, Calif., but I was stupidly, embarrassingly excited about it just the same. Attending the seventh annual buccaneer bacchanal—described as “equal parts Mardi Gras, state fair, living history and pirate fan fest”—was my idea of a fun way to spend Father’s Day weekend, i.e. surrounded by skull merchandise, folk music and boobs. Seriously, June was busting out all over on the Vallejo waterfront on Saturday. The costumed fans probably outnumbered us landlubbers in normal dress 2-1, and the lady pirates were all wearing bustiers, whether they needed them or not.

But enough about the bazoombas, what about that bouzouki? The player was a member of The Dread Crew of Oddwood, a San Diego group that does for maritime folk what The Pogues, Flogging Molly and the like have done for Celtic folk—which isn’t that huge a stretch, given the close relation between sea shanties and Celtic music. The lead instrumental was an accordion—of course it was; this festival easily had a higher accordions per capita rate that any other public gathering I’ve ever been to, including a fair share of straight-up folk festivals—backed by drums, guitar, standup bass, mandolin, some sort of glockenspiel and, yes, bouzouki. Did I mention they had a bouzouki? And just in case an accordion-fronted punk band that dresses as pirates wasn’t nerdy enough, they did a medley of themes from Star Wars.

Most of the time, however, the group was playing amped-up versions of fairly traditional tunes, including Irish songwriter Derek Wardield’s “Some Say the Devil is Dead.” Here are a couple of photos of the dread crew in action: 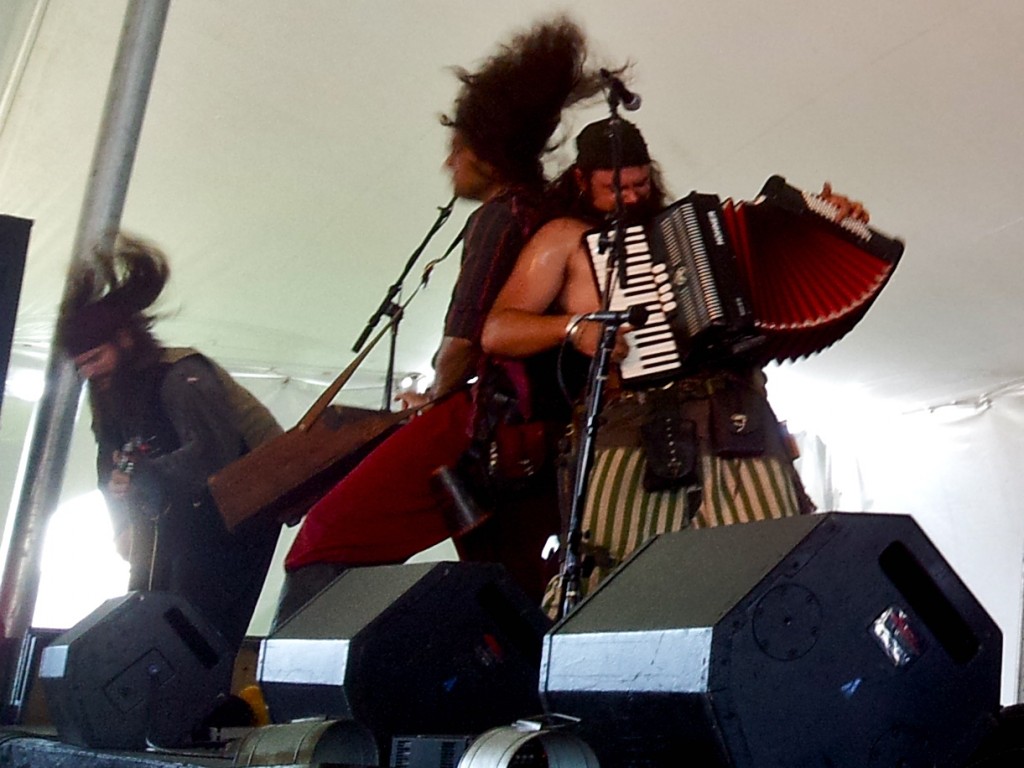 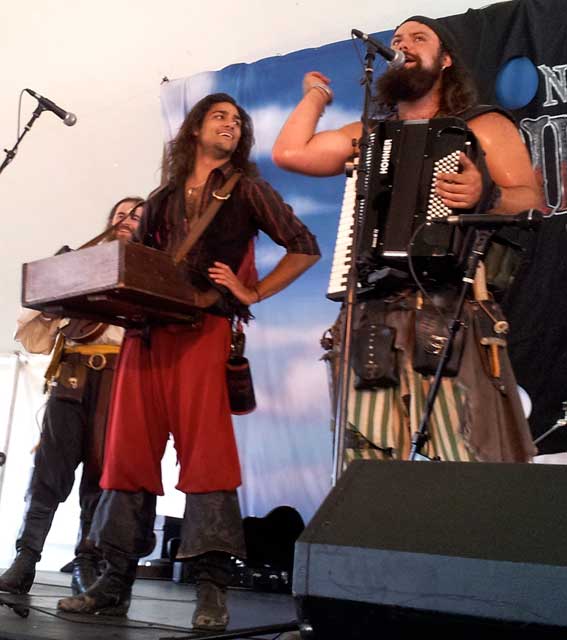 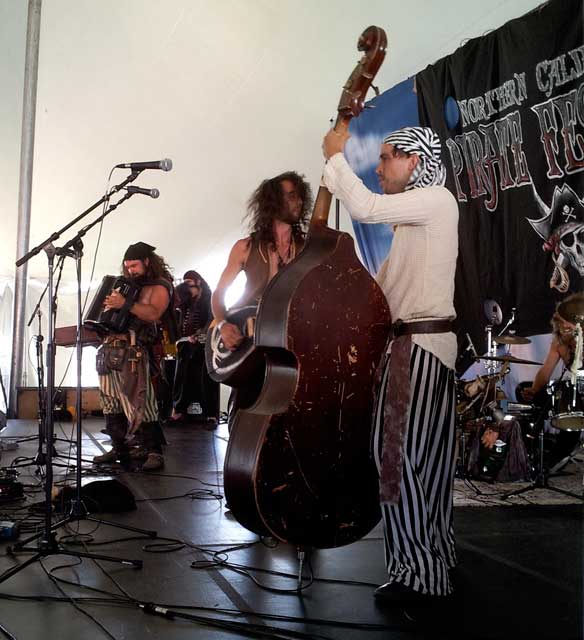 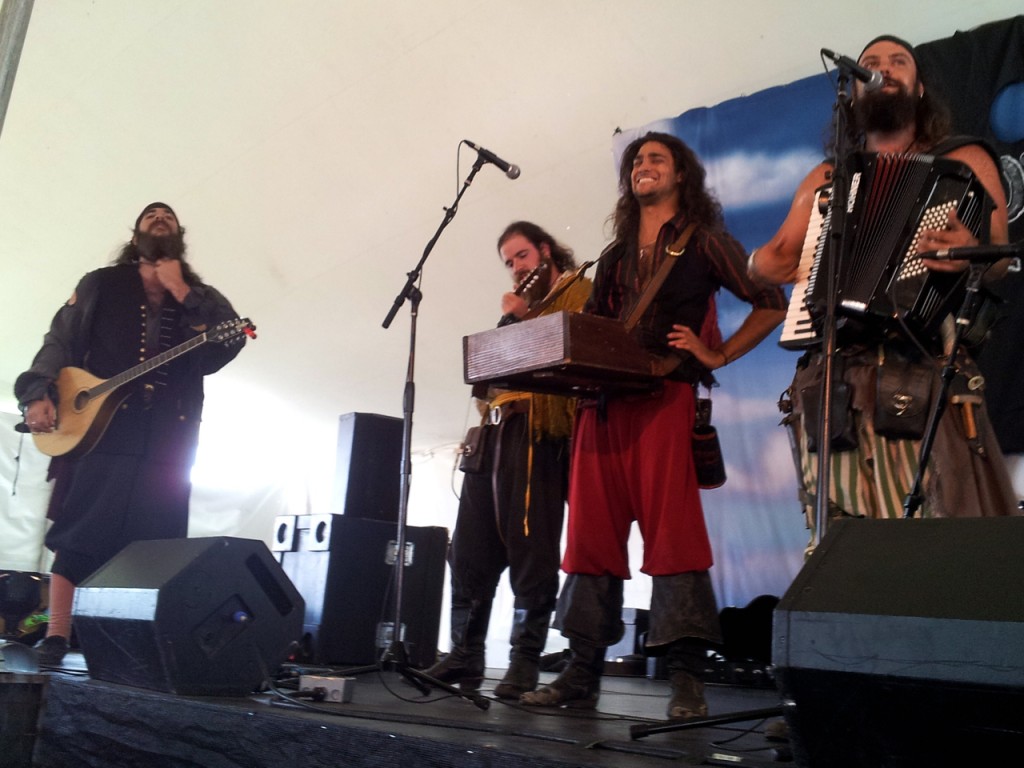 (That’s the bouzouki on the far left, by the way.)

Sadly, we didn’t plan out our festival schedule very well. Other than an informal round of folk songs being sung at one of the pirate camps, The Dread Crew of Oddwood was the only musical act we managed to catch —a fact my wife lamented on the way back to our car.

“I wish they’d had more music,” she said.

“Yeah…,” I replied, “but there’s only so many pirate-punk bands out there.”

More than you’d think, though.

The Dread Crew of Oddwood has just one upcoming show, but if you’re in the Los Angeles area on June 29, you can experience their reign of terror free of charge at One-Eyed Gypsy (link NSFW), 901 E. First St.