Does everyone always remember the first concert they attended as a parent? I suspect music nerds and sentimentalists do. I’m both, of course, and I can’t think of a better show for my first outing as a dad than Minneapolis chamber-folk-electro-enviro-orchestro-pop-rock band Cloud Cult. So many of Craig Minowa’s songs are about parenting—the joys and the griefs—or are filled with a childlike wonder. The first words that he sang on stage at The Independent on Thursday night were, “You have eyes like mine”—and I immediately turned into a blubbering fool, hoping the strangers around me wouldn’t notice my eyes nearly brimming over. Not that your typical Cloud Cult fan would mind. Minowa isn’t shy about laying all his emotions bare, and his audiences love him for it.

In contrast to the droney folk of opening act JBM, a Canadian singer-songwriter who performed solo, Cloud Cult’s elaborate arrangements, colorful visuals and seven-member lineup (including visual artist Scott West who painted on a 360-degree spinning canvas as the band performed) exploded all over the stage.

A few more highlights from the evening:

As I noted in my preview post, there was barely any front lighting, so most of the time the group appeared as silhouettes in front of a stream of projected video images. I still managed to get a couple halfway decent photos, presented in slideshow format … 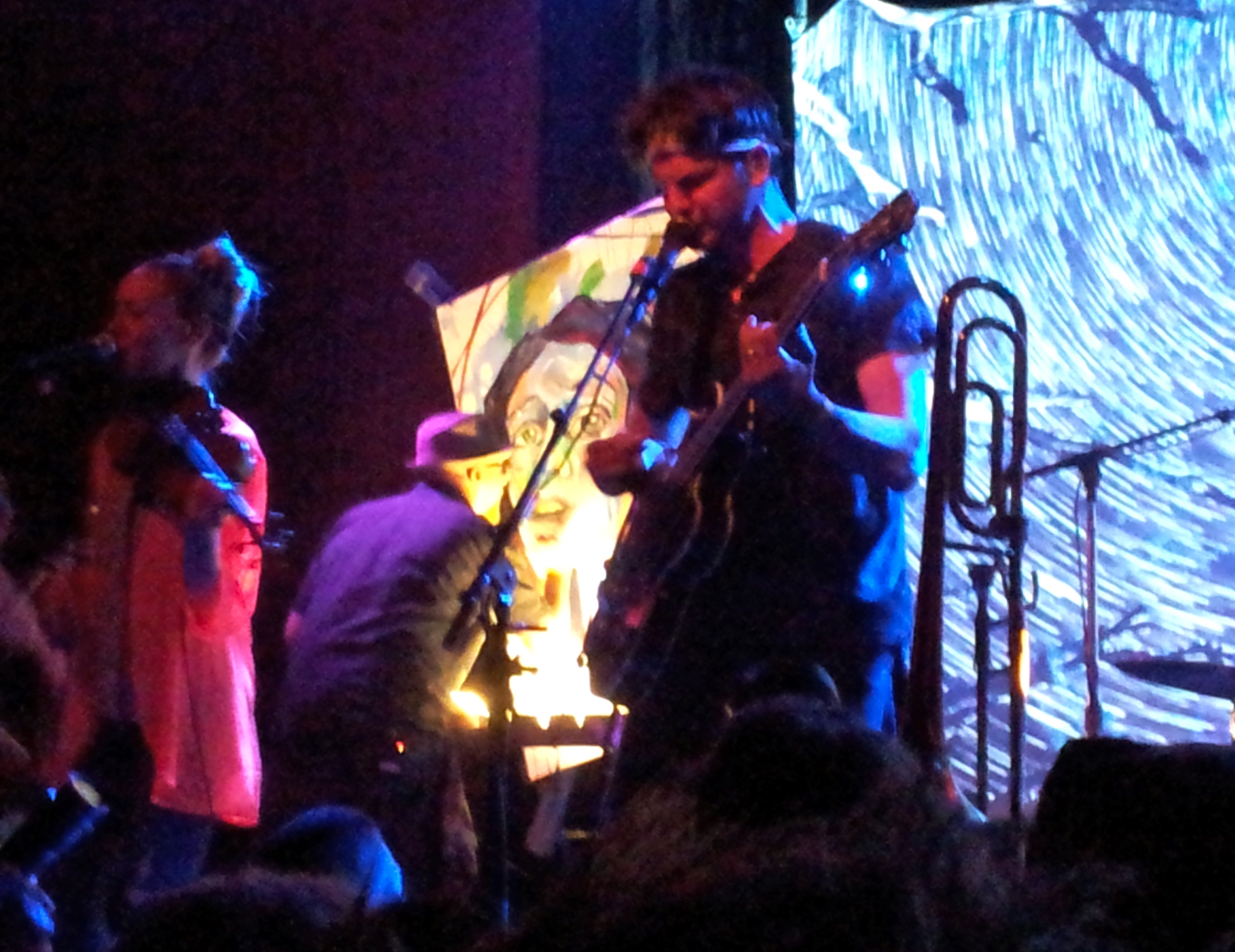 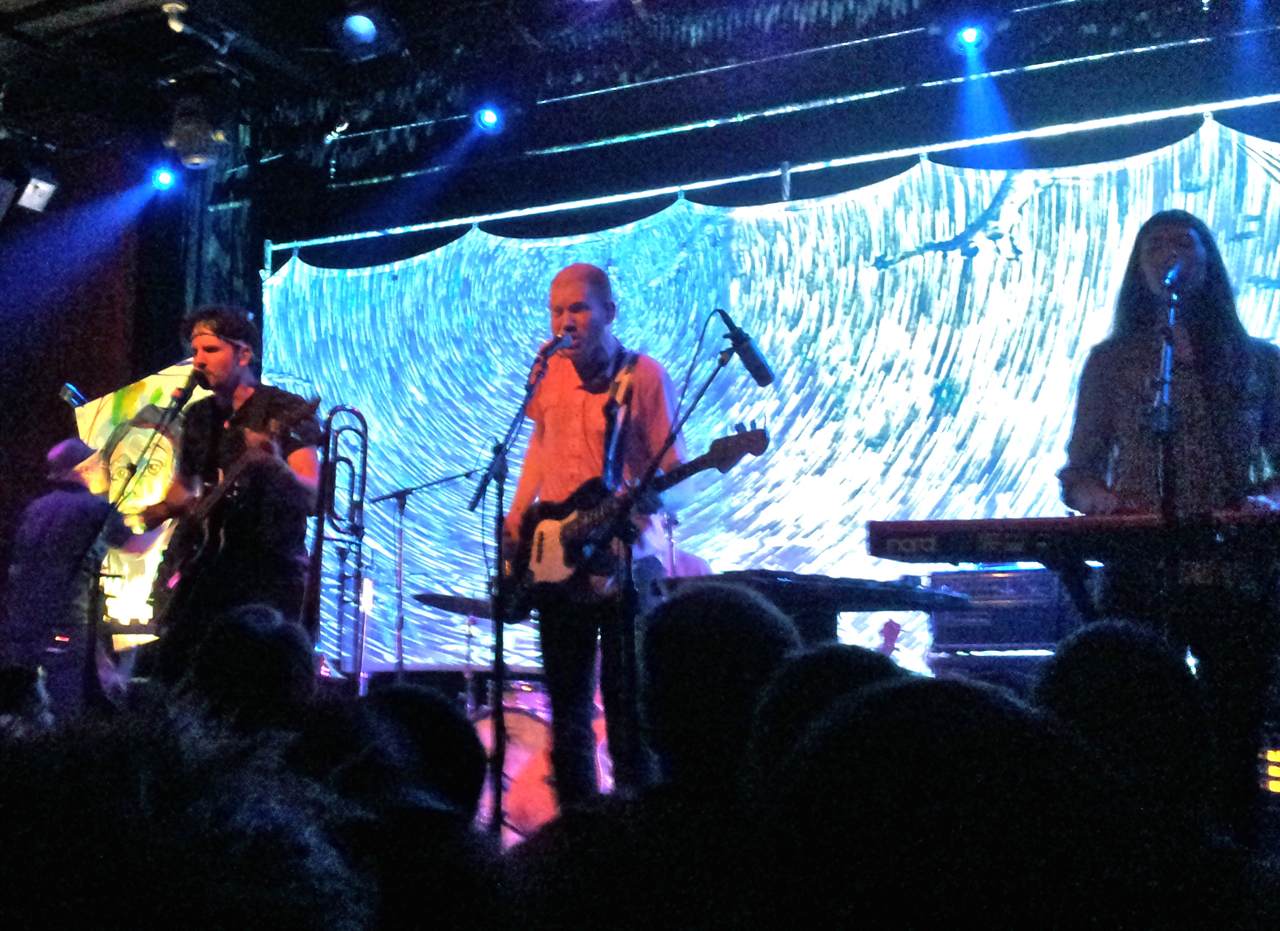 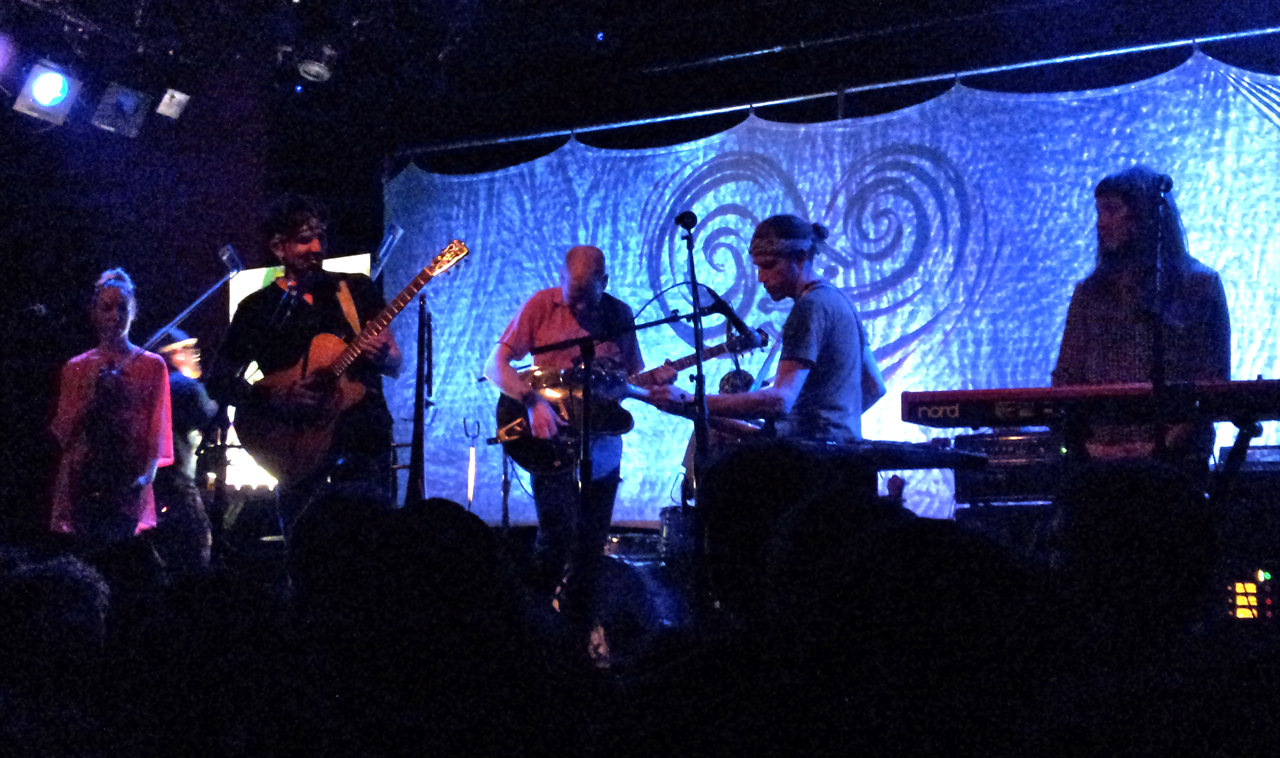 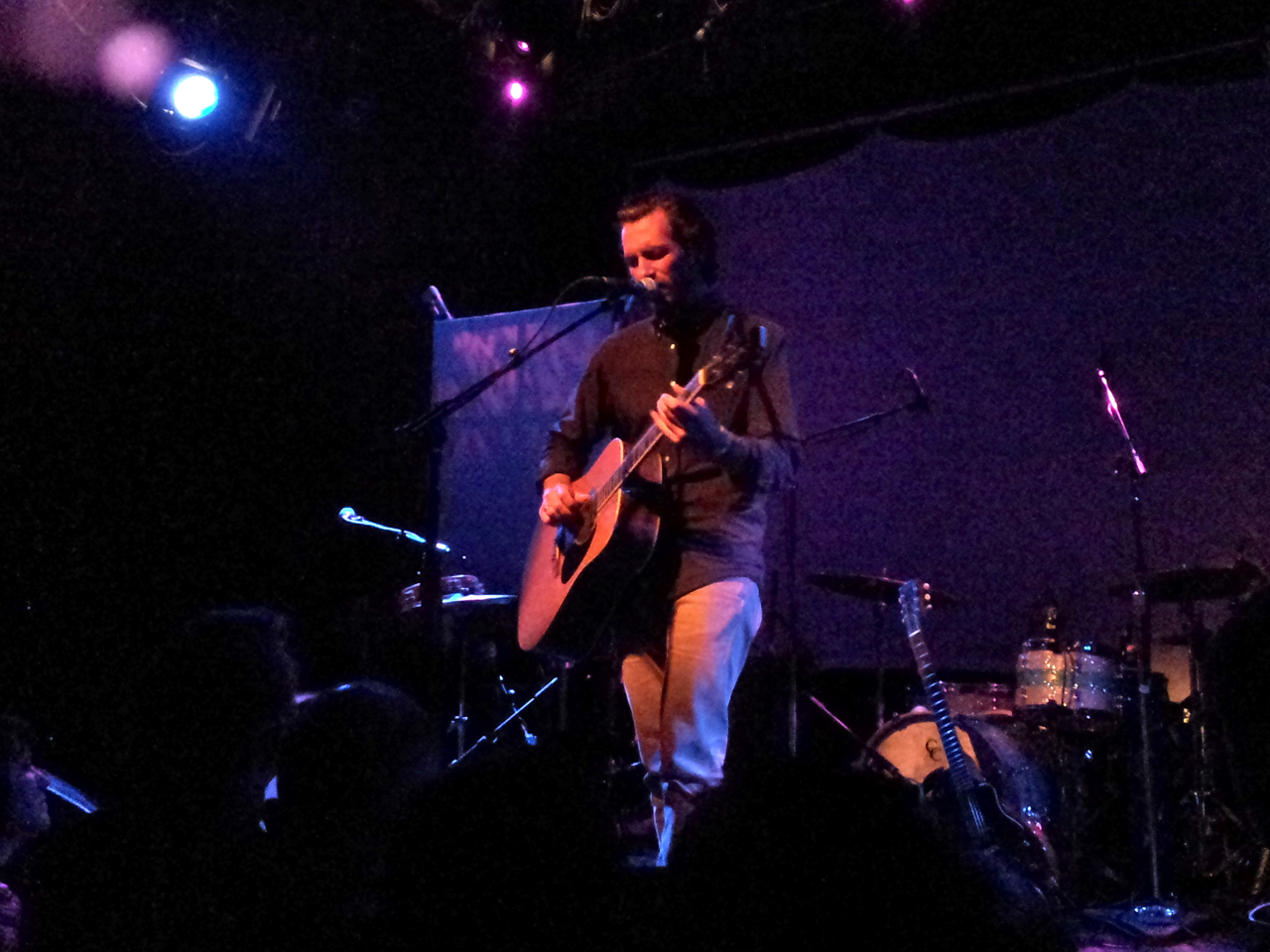 … or in gallery format, if you prefer: