On Wednesday I had the pleasure of attending the presentation celebrating San Francisco’s selection as the venue for the 34th America’s Cup. (You can read my newsier, keeping-the-ol’-journalism-skills-in-check take on the event here.)

In the hour before the event began, while the other reporters were busy preparing their questions for Larry Ellison about his long-term plans for San Francisco’s waterfront and speculating on what the biggest sailing event in the world might mean for the city, my attention was captured by something I guarantee no other member of the press noticed: the music that was playing. Whoever was responsible for the playlist to get the audience pumped up had excellent taste in music, to the point that this intrepid reporter was forced to check his bag to make sure someone hadn’t stolen his iPod and plugged it into the sound system.

Oh, there were some obvious choices for an event like this — “Beautiful Day” by U2, for example — but there were also a lot of unexpected songs by bands that appeal to my indie-centric tastes. Bonus points are awarded for having avoided “Sailing” by Christopher Cross.

Here are the biggest surprises I heard, as well as their potential connection to yacht racing:

Possible sailing connection: OK, so on first glance, the indie band’s talk of “businessmen (drinking) my blood” from its concept album about suburban ennui may not seem to have much to do with being on the water, but based on that song title, maybe those riffs could be played when the preparatory signal goes up, right?

Possible sailing connection: You needn’t look further than the song’s opening lines: “Far away, this ship is taking me far away.” Plus, there are a lot of hopes and expectations around the America’s Cup coming to the Bay Area.

“The Air Near My Fingers,” The White Stripes 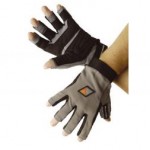 Possible sailing connection: The verses appear to describe a walk through the snowy woods — usually not the best boating weather — but surely San Francisco’s selection had every local sailors’ heart beating like a kick drum.

Possible sailing connection: Well, the second verse does talk about whales. That’s about all I’ve got.

Possibile sailing connection: This track from Spoon’s excellent 2010 album Transference always reminds me a bit of The Who in their early mod days. Pete Townsend is known for his windmill guitar strums. Wind makes sailboats go. That’s only like three or four degrees of separation.